From the opening bell of last night’s debate, President Donald Trump came out swinging like Iron Mike, hoping to land a knockout blow against former Vice President Joe Biden. While Trump did manage to land some critical punches, there are indications that he might have hurt himself in the process.

The Hill reported that a focus group of undecided voters viewed President Trump as a “bully” during Tuesday’s debate. The group also stated that they believed Democratic nominee Joe Biden did “better than expected.”

The some of the voters who participated in the focus group, which was conducted by Republican pollster Frank Luntz, were still undecided after the political donnybrook. They stated that they wished to hear more about each candidates’ strategy for dealing with racial injustice, the coronavirus, and uniting the country.

But some of the participants decided on their preferred candidate after the slugfest, with four choosing Biden and two supporting President Trump. Nine of the others are the ones who remained undecided. The group was made up of six women and nine men from swing states like Arizona, Nevada, Pennsylvania, and North Carolina. 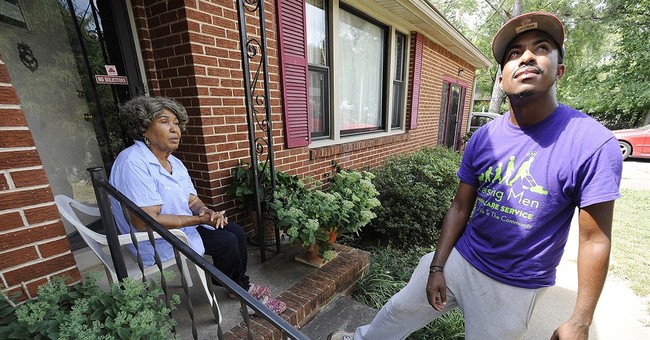 Most of the focus group viewed Trump negatively during the debate, including one participant who indicated that they would vote for him. They characterized him as “unhinged,” “arrogant,” “forceful,” “chaotic,” and a “bully.”

Lunz allowed reporters to ask the participants questions of the group after the debate was concluded. One of the individuals who committed to vote for Biden stating that Trump “inflames a lot of anger in this country.” It’s worth noting that this phrasing indicates that this particular individual was likely leaning towards Biden anyway; the person complains about Trump inflaming “anger in this country,” but not necessarily during the debate.

One of the voters who indicated that they would cast their vote for Trump stated that he was “annoying” and “unpresidential” during the debate, but that he would support the president because of his handling of the economy along with “law and order.”

A North Carolina voter stated that he was leaning towards Biden after the debate because the former vice president made “no significant gaffe” even though conservatives had painted him as “senile” and “sleepy.”

Five of the 15 respondents indicated that the president’s handling of Wallace’s question about condemning white supremacy got their attention. Two of them stated that it was Trump’s “worst moment.”

Interestingly enough, the group’s sole black participant stated that she remained undecided after the debate. She said she wished to hear more about how the candidates planned to address race relations.

There is no denying that President Trump was combative coming out the gate. He frequently interrupted Biden during his time to speak and repeatedly clashed with Fox News Anchor Chris Wallace, who consistently seemed to side with the Democratic candidate.

But despite Trump’s bellicose approach, he rightly pointed out Biden’s flaws when it comes to law and order and his refusal to answer Wallace’s question about packing the Supreme Court. The president bloodied Biden on a host of issues, but his antagonistic performance seems to have also done himself some damage in the process.

While Biden was certainly no angel, it’s hard to argue that his behavior overshadowed Trump’s. However, this does not mean that the former vice president won the debate. Trump swung wildly, but managed to hit Biden where it hurts, especially on the economy and his flip flopping on the handling of the coronavirus. He even got Biden to reject the Green New Deal, which, despite the progressive factions declarations of solidarity, has got to be hurting them with the Bernie bros.

The good news for Trump is that this is only the first debate and it’s unlikely that he has lost a significant amount of support. His team will likely be urging him to pull back a bit in the next debate and give Biden more room to hang himself. Trump has shown that he can change up his style when it’s needed, and he will need to do so if he is to make a better showing in the next two rhetorical cage matches.