After years of people fretting over Trump’s tweeting, it’s become one of the hotter political topics, at least in regards to discussing electoral strategy. Some hate it and others love it. Most are probably in the middle on the issue. But one thing we’ve never gotten a straight answer on is just how Trump feels about it. That changed in a recent interview with Barstool Sports.

If you haven’t watched Dave Portnoy’s full interview with Donald Trump, it’s probably the best, most revealing public interaction anybody has had with the President. For full clips, be sure to check out Nick Arama’s breakdown here on RedState.

Back to the tweeting though, Trump was asked about what he thinks of the platform, whether he actually enjoys it, and perhaps most importantly, does he feel he makes mistakes on the platform. His answers may surprise you, especially given his normal tendencies.

Trump on if he ever regrets his tweets: pic.twitter.com/5wKZiG4E4t 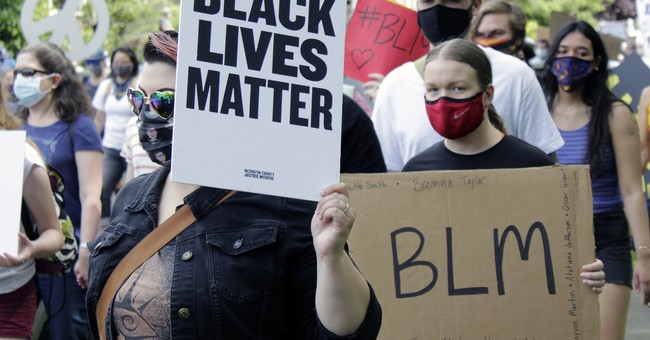 Portnoy asks Trump directly if he ever sends tweets he regrets. The President not only answers yes, but says it happens far too often. He goes on to give the example of writing a letter in the “old days” and how one would rarely mail a letter immediately after writing it. Instead, he says, you might come back to it later and say “oh, I’m glad I didn’t send it.” Trump explains that such a dynamic is missing with Twitter and that he too often falls into the trap of getting ahead of himself.

At one point, Trump jokes that people will call him later and say “did you really say that,” with him not first seeing what the problem was. He continues by saying that retweets get him in the most trouble because sometimes something will be buried in a video he thought was fine or that there will be a word he missed in the body of the tweet. The entire exchange is full of honest admissions of imperfection and mistakes.

The entire back and forth is light-hearted, but it elicits more information on the President’s thinking than any confrontational, partisan hack journalist ever has. Perhaps that’s the lesson here? Trump has an ego, but his tendency to flaunt that ego is much more about the confrontational, viscious style of his opponents. Portnoy, having never even met him, was able to sit down with him, and within five minutes, get him to speak frankly about some of his flaws.

As a larger political issue, this interview was gold for Trump. He sounded more collected and relatable than he has in a long time. Trump should take a page out of Obama’s playbook and do more of these types of interviews with non-combative figures. He doesn’t need to go on ABC News and get grilled by partisan hacks. That does nothing to help him at all and he doesn’t owe them anything.

I’ve noticed a distinct shift in his messaging and demeanor since Brad Parscale was fired, a move I originally called for in an article entitled Opinion: Trump Should Fire His Campaign Manger Or Be Prepared to Lose. There seems to be a real focus now, and that’s key to Trump’s re-election chances. Whether that move was too little, too late will have to be judged later, but for now, the campaign is headed in the right direction.

Regardless, major props to Portnoy for doing such an effective and informative interview.