Home » Trump News » Nancy Pelosi: Perhaps We Should Look at ‘a Guaranteed Income For People’

A lot of us are stuck at home and unable to make ends meet, so you know what this’d be a great time for? The government to swoop in with a bit of the ol’ universal income.

On Monday morning, Nancy told MSNBC the Paycheck Protection Program isn’t enough to keep everyone on their feet. So how about implementing a program where everyone just gets money? She didn’t officially endorse it — but she said it’s an idea worth looking at.

Here’s how Pelosi put it to Stephanie Ruhle:

“Others have suggested a minimum income for — a guaranteed income for people. Is that worthy of attention now? Perhaps so.”

“[T]here are many more people than just in small business, and hired by small business — as important as that is for the vitality of the economy — and other people who are not in the public sector, meeting our needs in so many ways, that may need some assistance as well.”

As noted by The Daily Wire, the concept of a minimum guarantee isn’t exactly a new braying bribe from the Party of the Donkey. It was a primary point of Dem presidential candidate Andrew Yang — his plan included “The Freedom Divident,” a thousand-dollar-per-month check from Uncle Sham. I mean, Sam. 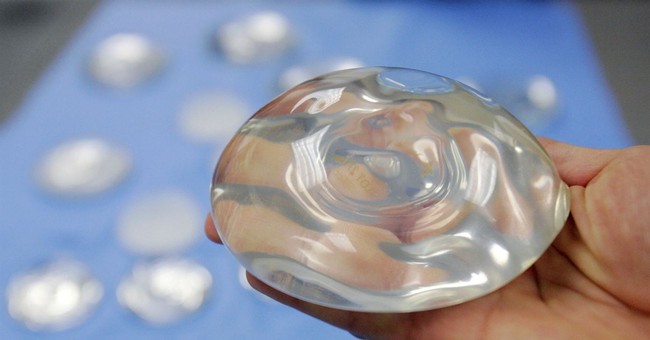 As per the Nation Bureau of Economic Research, a universal basic income plan would cost a cool $3 trillion annually. But hey, who cares? It’s all free money.

The Hill reports he had this to say to the Speaker of the House Friday night:

“I know we can bail out certain sectors as we have done in the past. I don’t know how you can keep indefinitely writing checks. We were 20 trillion in the hole to begin with, and all world governments who are already in debt are doing this. How can the whole world be writing this funny money?”

Nancy touted it as an “investment in the lives and the livelihood of the American people,” but Bill wasn’t sold on just forkin’ over copious cash:

“Well, it will recover unless people get wise to the fact that we’re just writing checks with money that doesn’t exist. I mean, what is the point of bailing out banks that are just going to loan back the money that doesn’t exist to us again? It seems like it’s a house of cards that could, in the end, wind up hurting more people than the disease.”

As for Nancy, she might be fine with herself and the rest of our legislators taking from the rich and giving to the poor — heck, that’d make her Robin Hood. Or, Robbin’ Hood.

Personally, I’d rather see us return to a place where people can make their own money.

I liked that place. What was it called? Oh, yeah — America.

In a Heartwarming Video, a Public Worker Serenades a Quarantined 94-Year-Old for Her Birthday