For someone who was close, personal friends of former Vice President Joe Biden, the late Arizona Sen. John McCain (R) got short shrift on the second night of the 2020 Democratic National Convention Tuesday night. The pre-recorded video, which was filled with images and short clips of the two men over the years and narrated by his widow Cindy McCain, was shown during the National Security portion of the program. It ran just over three minutes long.  To put it into perspective, that’s scarcely more than AOC got to speak.

In a May 2018 piece, just months before McCain’s passing in August, the New York Times reported on the enduring closeness of the men’s friendship.

Cindy and the entire McCain family think the world of Biden, who visited John McCain at his cabin in Ariz in the months before he died.

McCain used that 2018 conversation to nudge Biden to run again, so this is something of a full circle moment >https://t.co/AmX1BL3ieu

But it was left to Cindy to speak for him, two years later. 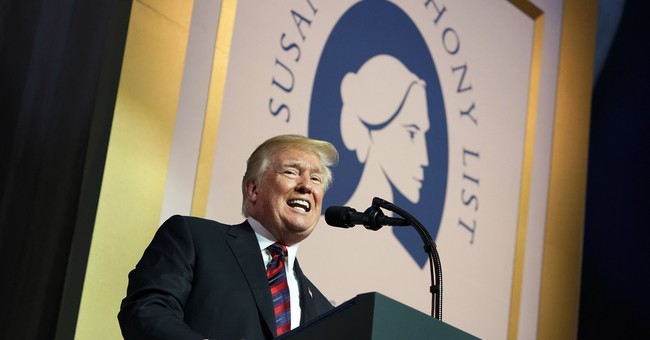 Forbes writer Andrew Solender shared some quotes from the full video in a piece Sunday.

Though Sen. McCain represented my state, trust me when I say that I’m not the only Conservative whose indelible image of his time representing me was the farce of his thumbs down, three years ago, when he torpedoed the attempt to repeal and replace Obamacare. It was nothing less than a betrayal:

how many of you remember this day?
Susan Collins , John McCain#Obamacare pic.twitter.com/P04MTJ7hlT

As Senate Majority Leader Mitch McConnell said in the clip, “I and many of my colleagues did as we promised and voted to repeal this failed law. We told our constituents we would vote that way. And when the moment came…When the moment came, most of us did.”

McCain’s decision not to retire before his death threw Arizona into a years-long tumult to regain two, fully-vested senators to represent her. It’s a drama that still hasn’t been resolved, with the appointed Sen. Martha McSally in the race of her life against former astronaut, wannabe gun-grabber, and progressive darling Mark Kelly in November. If you’re interested, here’s the latest from Real Clear Politics on that.

Now, when Associated Press reported on an advance clip of the Cindy McCain DNC video which emerged Monday, it properly said Mrs. McCain didn’t and wouldn’t explicitly endorse Biden for president at the convention:

In an advance clip from the video shared with The Associated Press, Cindy McCain talks about how Biden, then a Delaware senator, met her husband when John McCain was assigned to be a military aide for him on a trip overseas. The two became friends, and the families would gather for picnics in the Bidens’ backyard.

“They would just sit and joke. It was like a comedy show, sometimes, to watch the two of them,” she says in the clip.

Cindy McCain is not expected to offer an explicit endorsement, but her involvement in the video is her biggest public show of support yet for Biden’s candidacy.

Unlike her mother, daughter Meghan McCain has been outspoken in her support for Biden’s candidacy. Earlier in August,  Meghan told Entertainment Tonight who she thought Biden should – and shouldn’t pick – for his vice presidential nominee and recalled their close family friendship:

You can watch the full video shown at the convention below, via CBS News:

“It was a friendship that shouldn’t have worked”: Cindy McCain narrates a video for the DNC about the long and unlikely bond between Joe Biden and her late husband, John McCain https://t.co/tFT8FVSwQb pic.twitter.com/zxOhms3xCG

Becca Lower is a writer with RedState and formerly worked at IJR.com as a writer and editor. She grew up outside Cincinnati, OH, in former Speaker John Boehner’s district, and currently lives in Mesa, AZ.

Find her on Twitter at @BeccaJLower. Direct all tips/marriage proposals: [email protected]