President Donald Trump speaks during a news conference in the Rose Garden of the White House, Friday, June 5, 2020, in Washington. (AP Photo/Evan Vucci)

President Trump has said great things are happening for our country, in regards to racial equality.

On Friday, the president addressed the ongoing protests across the nation. He stated “equal justice under the law must mean that every American receives equal treatment in every encounter with law enforcement,” no matter the color of their skin.

“They have to receive fair treatment from law enforcement. We all saw what happened last week, we can’t let that happen. Hopefully, George (Floyd) is looking down right now and saying, ‘This is a great thing that’s happening for our country.’ …This is a great, great day in terms of equality.” – Donald Trump, 45th President of the United States

Some mainstream media outlets were outraged over the president’s remarks, including CNN, who called his speech “unwieldy and unprepared.” 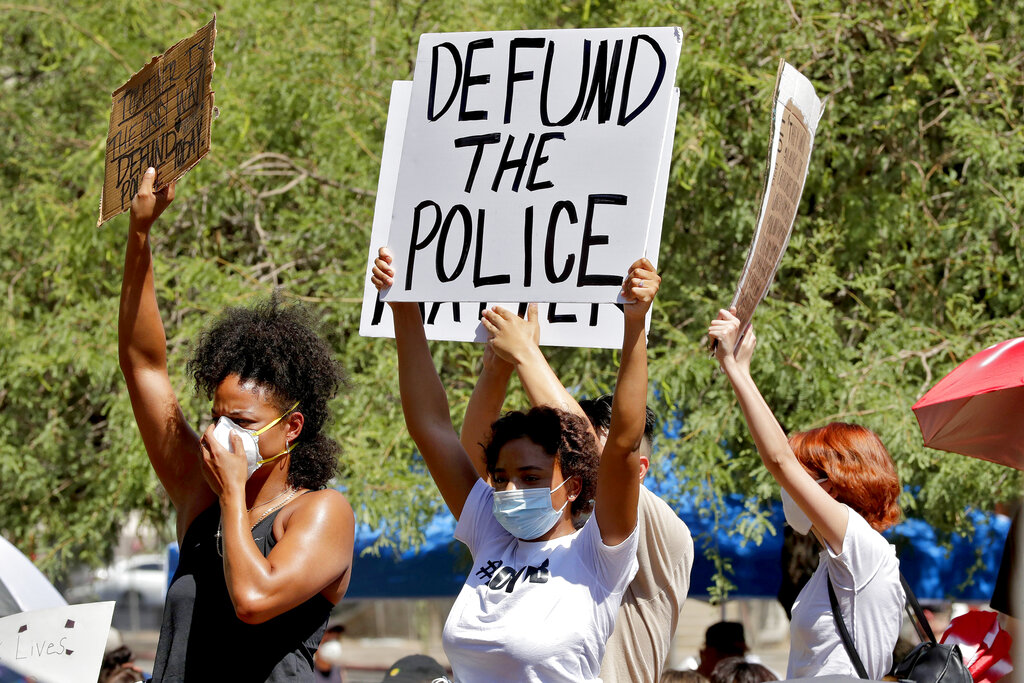 Meanwhile, nationwide protests in the wake of Floyd’s death have been joined by calls to defund the police. The movement is now seeking to abolish modern police departments or slash city police budgets in a push for police reform.

In Los Angeles, Mayor Eric Garcetti has already proposed cutting $150 million from the police department budget, which would free up money to “invest in jobs, health and education.”

President Trump touched on the issue this week and reassured he’s going to take care of law enforcement.

Advocates have warned large-scale reductions in spending could result in an increase in crime. According to Chicago Mayor Lori Lightfoot, neighborhoods in her area have been asking for more police protection, not less.